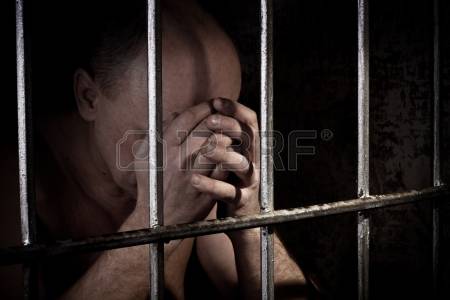 ICS facilitator, Tedd Haddock, received an inquiry about the program from Fred Stratton, Acting Deputy Warden for the Pretrial Centre in Surrey BC. Acting Deputy Stratton had heard about ICS and was eager to test it with some of his inmates. After consultation with Ted and Steve Miller he implemented a strategy to reward twelve prisoners with participation in the 5 day ICS program. Three months later, the 12 successful candidates were announced. They were also charged $10 to take the program.

Ted and Steve co-facilitated the program and were met with a very enthusiastic group of participants. Acting Deputy Stratton had done an excellent job in setting the workshop up to be a success. Discussions were lively and forthright and all the workshop activities were participated in fully by all participants. At the end of the week each participant presented the contribution they would make to society upon leaving the prison, in the form of the ICS Career Plan. Stratton attended the presentations and also talked about how being around the workshop had inspired him to live up to his own Personal Mission Statement, which he shared with the group.

All participants competed a career plan by the end of the week and, although we were unable to follow up with the participants, one of them s connected with Steve after being released from the centre. Here is the email he sent:

“Just wanted to thank you for helping me change my life. My name is XXXXXXXX. I was a participant in your pilot project with a corrections facility. The program made me realize what my essence was and to think about my legacy. Wish you are doing well. And if you ever needed testimonial or reference for how powerful the work you are doing, do not hesitate to contact me.”

This individual contacted Steve again a short time later to say that he had followed the career plan he developed in prison and was now a head chef at a prestigious restaurant in downtown Vancouver. Steve and Tedd were subsequently treated to a delicious four-course meal, courtesy of the chef! He did give us permission to use his full name and we have decided not to in case it hampers his future career path in any way. He has spoken about ICS at a number of events.

The most striking part of the evaluations was the fact that ten out of twelve participants commented that the concept of ‘essence’ was the most important part of the program for them, other comments:

Have a question? Call us now

We are open Mon-Fri